The new name for GroPal Balance!

(On this page, every reference to GroPal Balance has been changed to the new name, MycorrPlus) 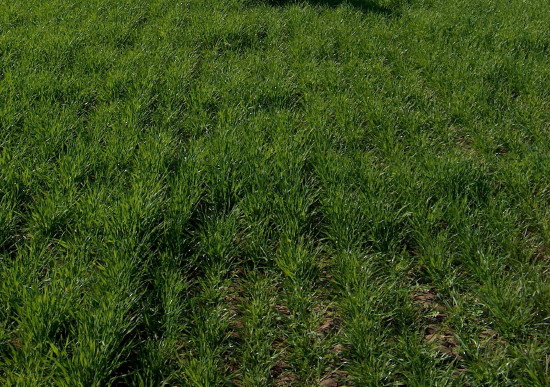 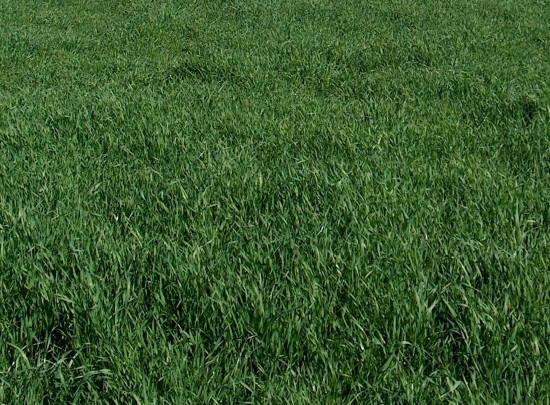 Here is some information to help you better understand the pictures above.

Testimonial: “After treating half my pasture with Soil Balance in the fall, I noticed a few months later the cattle were crossing the belly high grass on the untreated part of the pasture to get to the pond.  They then returned to the treated portion to continue grazing on the treated grass (which by then was down to the nubs) without stopping to eat the high untreated grass while passing through it to get back to the treated side.”

This customer called to see why this was happening.  At first he didn't remember that the location the cattle favored was the part of the field that he had treated with Soil Balance.

Aglime is NOT the best way to balance pH

Aglime is the most common method used to correct low soil pH. Would you like to know a much better solution? click here.

MycorrPlus is like a center pivot for dryland farmers!

Richard Fish says: "When the hot, dry July weather came when grass normally goes back, the MycorrPlus grass just kept coming on"
Click for the transcription of this video

The difference between flocculated soil (left) and compacted soil (right) 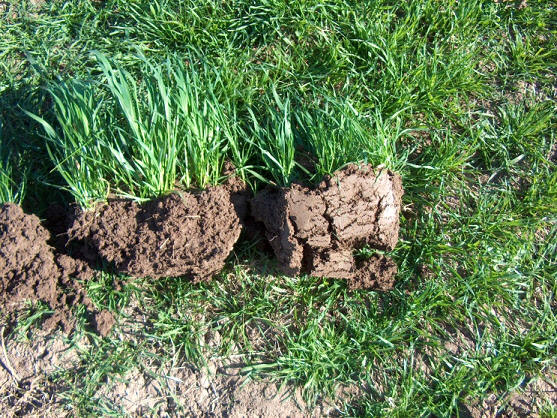 Explanation of the picture above

MycorrPlus has many components, including fulvic acid, humates, fish, kelp, and all of the known essential micro and macro nutrients.  There are several genera of aerobic bacteria, fungi, and soil organisms.  All of them are native to a healthy soil. Molasses is used as a source of energy for the microorganisms.

When MycorrPlus is applied to the soil, the microorganisms in it begin to multiply. Can you see the crumbly nature in the picture above of the soil on the left? MycorrPlus quickly structures the soil. Ultimately, MycorrPlus enables soil to become the ideal environment for plant life.

Andrew Curtiss, Shalom Vegetables in Michigan My experience with the MycorrPlus was excellent.  I grow CSA and farm market vegetables on a plot of land around 1 acre in size. It is land that had been used for conventional agriculture for 30 years prior to 2015.  On your recommendation I applied an equivalent of 64 oz. of MycorrPlus to the acre in May of 2015.

To say I was impressed may be an understatement.  I planted 75 pounds of seed potatoes. My final potato harvest was in the 1200 pound range.  For nearly 6 weeks my shell peas produced large quantities of the sweetest peas I have grown. We picked off of our bush snap beans for over 6 weeks. When I quit picking them they were still flowering. By that time we had become completely sick of picking beans.☺

Overall the flavor of our produce this last year was exceptional. At the farmers market I was told every week how excellent our produce was. I have no doubt the MycorrPlus was a major factor.

What impressed me the most was the plants ability to deal with stress. In mid-June we had almost five inches of rain in two days. I thought for sure I was going to loose half the garden, as it was under water for almost 12 hours. The plants pushed through. What followed was 21 days without rain. Never once in that time did I see a wilted plant.

When it came time to tear the garden down, I was blown away by the mycorrhizal fungi all over the roots of our plants. I firmly believe that symbiotic relationship between plant and root was the key to our success in 2015. The root structures were amazing. God's creation is truly amazing!  Thanks for an awesome product.

Elaine, grass hay and pasture in northern Florida We applied 64 ounces of MycorrPlus A the end of June. The first of August I saw that our hay had an additional 3" of growth. A friend of mine took a look at our hayfield, and was amazed. He wanted to know what we did, because, with the hot, dry conditions we have had over the past couple of months, other hay fields in the area had shown little or no growth . In fact, he said that they had turned brown and dry. Not only is our hay field still green all the way down to the root, but the grass is healthier and stronger.

What we are seeing is that the pasture is beginning to be thicker. A friend of ours that has had the same amount of rain has run out of grass and is feeding hay, while we have more grass than we can actually use for the number of cattle that we have.

Elaine, compaction is decreasing, southern GA, northern FL One of the main reasons I wanted to try MycorrPlus is because of the compaction problems we are having with our soil. Paul assured me that compaction would gradually disappear after using MycorrPlus A, so we decided to try it on our 1,000 acres of pasture and grass hay.

Right after a rain I can go down 4" with the probe. The compaction is getting better. Before the MycorrPlus we had a lot of runoff, but not as much now. I believe this decrease in compaction is one of the reasons the rain is going in better, causing the grass to do better. I am really excited about what the MycorrPlus is doing for us.

My husband is a person who is not very easily convinced, he is a show-me person. But now, even though it has only been a little over 2 months since we applied the MycorrPlus he can see the difference himself, and he is becoming excited.

Want to learn more? Click below for a wealth of information.

MycorrPlus-A replaces lime, plus most other fertilizers

Some may choose to further boost the process by adding a natural product like fish or kelp. However, though these are great products, you will likely find yourself producing wonderful crops without them!

Save tons on lime